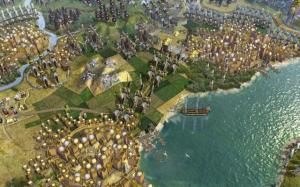 Our series on REMA continues.  We’ve looked at the Rollercoaster games, next up: Experiment games!  The most complex and messiest of games.  The most random and yet most interactive of games.  Onward!

Recall Experiment mode is the second phase of any learning process.  When in Experiment mode, we ask ourselves: “Now that I know what tools I have, what can I do?” “What can I achieve?”  It is the mode of over-enthusiastic scientists, the mode of explorers, the mode of game dynamics.  The mode for players who want to discover the systems that craft themselves from the game mechanics they’ve learned.

Experiment games are games that emphasize Experiment mode.  Experiment games are about exploring systems through choice.  They are the “Or” games.  I can do this or that.  Where there’s no one best option, but there are lots of interesting options.  They are the games in Sid Meier’s “A series of interesting choices” game definition.  The games for Johnny (of Mark Rosewater’s Magic: The Gathering psychographic profiles*).  This is not your polished, trimmed mega-hit.  This is the home of the mechanically behemoths, giant inventories, and open worlds of gaming.  The Experiment designer’s primary role is to provide interesting tools and systems that create predictable results.

Civilization, The Sims, SimCity are the granddaddys of this genre.  But the first was possibly Dungeons & Dragons (1st & 2nd editions), which had simulation at its core (see their rules breadth and what they publish as supplements).  For other examples, consider X-Com, which asks  “Anything could be out there, how are you going to deal with it?”  Or Minecraft – where the core Experiment play is not the simulation per say but what you can do with it.  Or Dwarf Fortress and Animal Crossing – Experiment games that present worlds of gameplay options instead of simulation.  Experiment games are also the true home of emergent and open world games like Skyrim, Deus Ex, Bioshock, and Grand Theft Auto 3, which have long struggled with their Rollercoaster roots.  All Experiment games share a common heritage of play.  Experiment games are the home of choices, and encompass system investigation and the surprise of discovery.  Thus, it is the genre of games closest to toys, and much of its design springs from the same place, if for an older audience.

Man, I love me some Experiment games.  Ahem.  Experiment games are driven by their rules.  They are the gamiest of games and the most computational of games.  They craft elegant simulacrum out of rules.  They think about the real world.  They ask “What if?” with interaction.  And man, compared to other games, are they strange.

Of these, High Number of Choices, Emergent Choices, Procedural, Time to Think, Randomness, Varied, Internal Success, and One Large Place are all unique to Experiment games, and the others differ from either Rollercoaster or Mastery games (Experiment’s REMA neighbors).  These game traits create inflection points in a game’s design – forcing the modes apart.  As a designer, adding one mode’s traits will naturally push you to add more and more of that mode’s traits.  If you have large amounts of randomness in your design, you’ll find your players pushing other Experiment traits on you, because your players are playing your game in Experiment mode, and they want to stay there.

Commercially, Experiment games have been middle-of-the-road between Rollercoaster and Mastery games.  Experiment games require more comprehension from the player then Rollercoaster games, which might explain their lower quantity and lower popularity.  However, the breakout hits of the Experiment genre have also been huge hits.  Players love playing with reality.  “What can I do?” can seizes the imagination in ways no other genre can.  Plus, a good Experiment game offers better value, often getting several plays and better avoiding the used bin.  Experiment games are notoriously hard to review, because they are so player experience defined.  The whole point of an Experiment game is your choices are your own.  In fact, it’s often easiest to review what they aren’t, rather then what they are.

I’ve found a few of the sub-genre offshoots within the Experiment genre, some of which dramatically push one tenet in its opposite direction as far as it can go:

Immersive games have been in the news.  This subgenre inspires radical jealousy in Rollercoaster designers because it deeply engages players in avatars and settings, but the tension between Rollercoaster and Experiment games makes it very hard to achieve immersion outside of an Experiment context.

Halfway there.  Next:  the newly revived Mastery games!

* Mark Rosewater’s Timmy is, of course, the psychographic similar to the experience-driven Rollercoaster players, and Spike, as we’ll see, is a Mastery player.  Vorthos and Melvin are forms of Application players.